Yesterday, May 13th, Amy and I (Rebekah) ran another race - It was only
a 4-miler this time, so we both tried to do better...

I am so grateful to Amy, for coming all the way from Paris, TN
to join me for this race again!  Love you so much, Cousin! 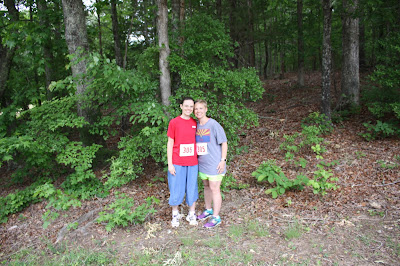 I enjoy running races, but winning them (or even placing) is not usually a goal.
I run for the fun of it, and for the challenge, but most of all, I run for the good company!

This race was SAD for me!  My dear little running-buddy was recently very ill,
and not up to riding along in my stroller, and I missed her so very much!! 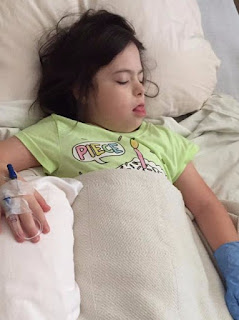 Praise the Lord that she is out of the hospital now, and recovering 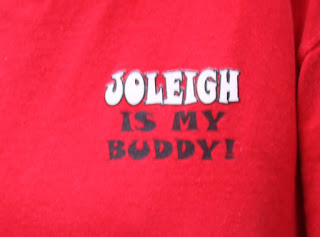 (But, Boy did I miss you this year, Joleigh!)
I wore a special shirt to the race, in honor of my
missing running buddy!

Feeling nervous, and scared, and wanting so badly to change my mind about
participating, we got to Shiloh Battlefield, (where the race was held)
and who should be there to greet us, but General Grant himself!!! 😉 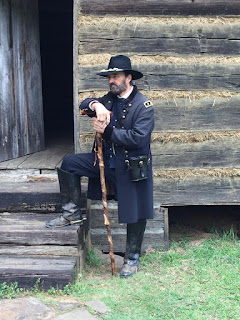 Amy and I got our "before race" picture with him 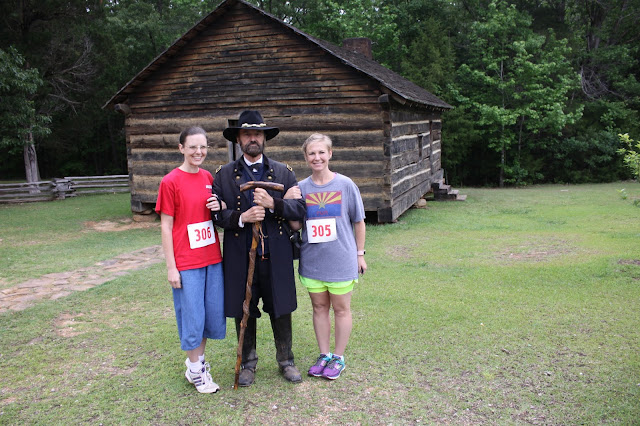 When the runners began to assemble, I got more and more nervous
(My teeth always chatter before races, even when it's warm!)
I just wished I was safely in the back of the group, with "my" little girlie in my stroller! 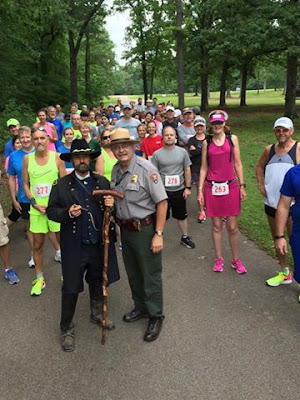 So, the race started and we all set out... 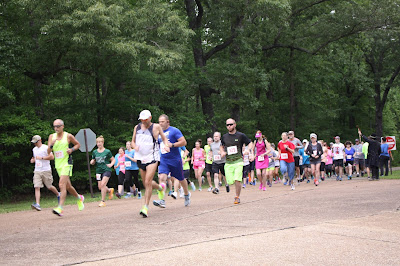 This time I have a few pictures of some runners on the course,
since there were several professional photographers stationed along the way 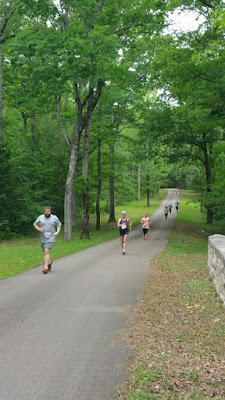 Shiloh Battlefield is one of the most lovely, peaceful places to run! 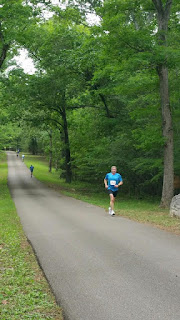 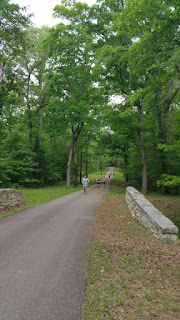 Somewhere in the 3rd or 4th mile, I realized that there were only
2 female runners ahead of me.  Then it dawned on me that there was a possibility
that I might could win Female 3rd place "over all"!

I've never placed "over all" before, and never cared to.
I've always just wanted to enjoy the race with one of my little buddies...


But, suddenly, I was determined!  I have a fierce determination,
and I'm not going to let anything get in my way!
I had been running only half-heartedly before this, but not anymore!
I started to RUN, hard!!!


I noticed a woman was gaining on me...she was getting closer...and closer...
she caught up and we were running side-by-side...then she passed me!
I wouldn't have this!!!

I had no energy left, but somehow I clenched my teeth and fists,
and I mustered up some strength from somewhere...
I shot out in front of her, and left her way behind!!

For the next half-mile or so, I ran like I never have... 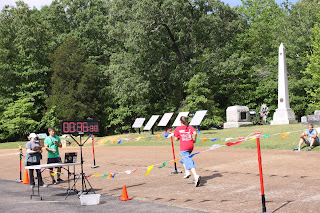 ...and finished, 3rd place Female Over All!!!!!
I can't believe I did it... I wasn't even trying (until that last half-mile or so)
and I'll likely never try again (as I HATE to run without one of my buddies)
but at least there was something to get my mind off that lonely run!

Amy came along soon, finishing 3rd in her age division! 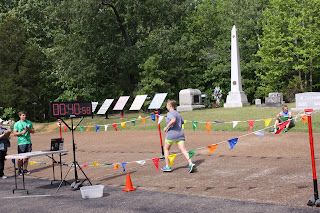 And here is our 81-yr-old friend/neighbor, Mr Germany 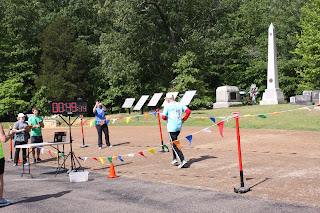 
The awards ceremony was fun! (ever been handed a plaque by
General Ulysses S. Grant before?) 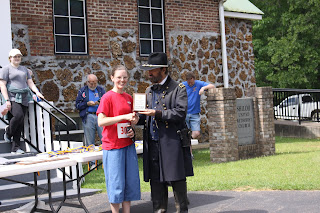 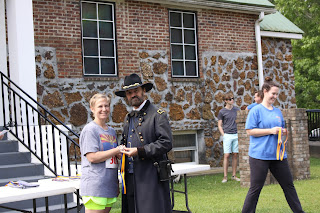 And a special prize for the oldest runner! What a reward!!!!
After the race, we came back to our house, and Sarah had made a beautiful and DELICIOUS strawberry shortcake for everyone to enjoy!
Thank you, Sarah! 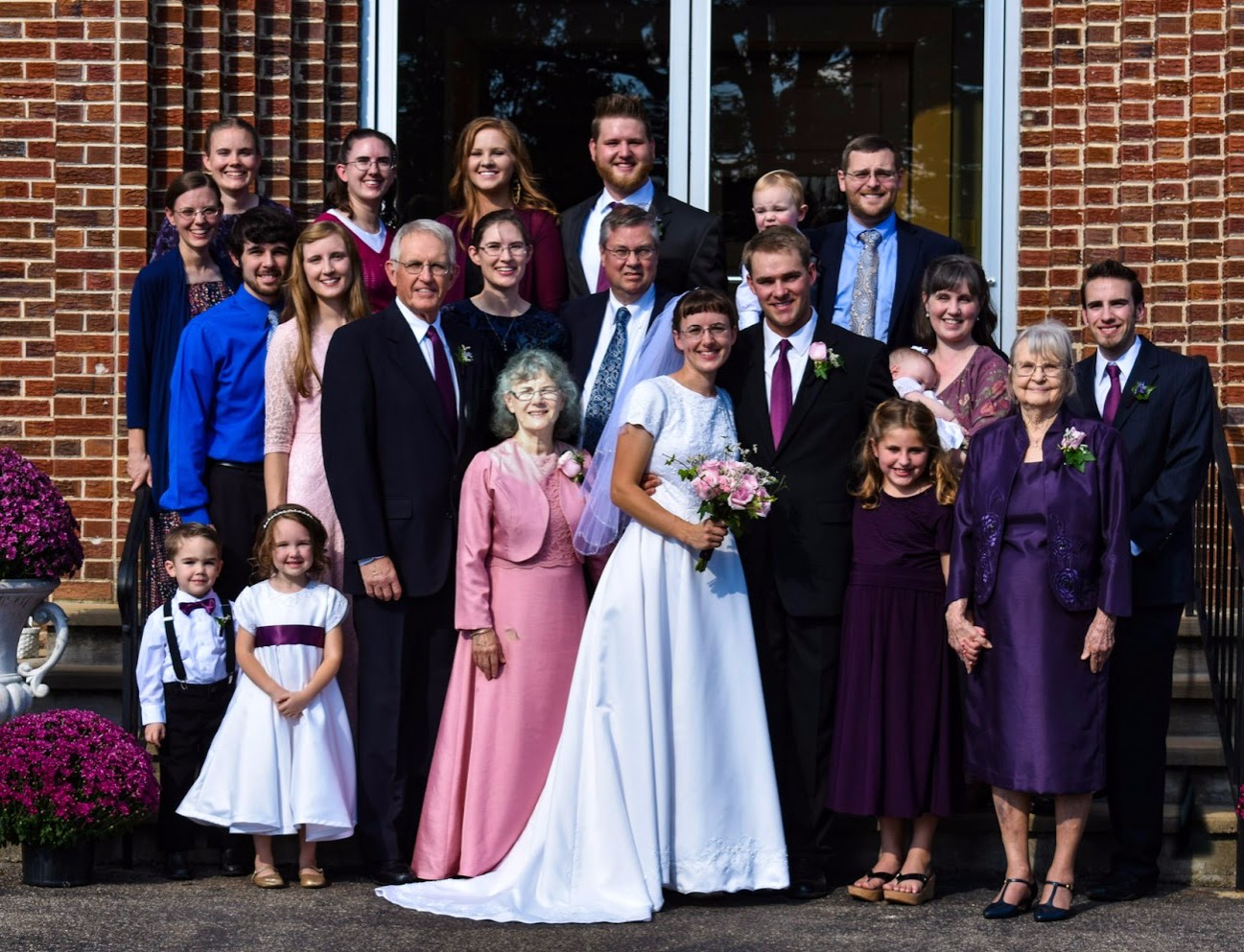 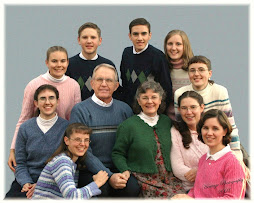 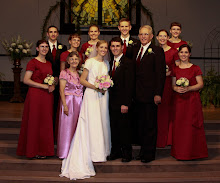 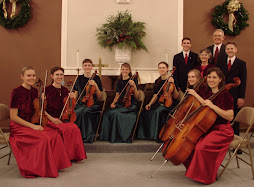 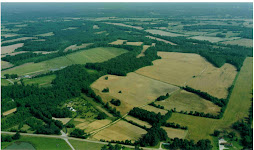 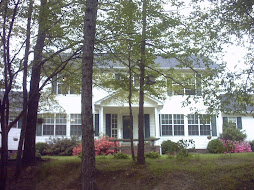 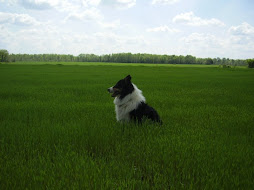